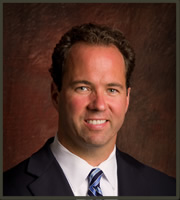 Paul’s criminal defense practice is uniquely geared toward defending the civil liberties and constitutional rights of citizens facing prosecution by the government. Paul is a seasoned criminal defense attorney who has defended the rights of Ohioans for 25 years. He appears regularly in both state and federal courts throughout southern Ohio. As part of his commitment to the profession, Paul has served as a past president of the Greater Cincinnati Criminal Defense Lawyers Association and currently serves on that organizations Board of Directors.

Paul’s civil rights practice is similarly focused on protecting the constitutional rights of citizens and pursing civil recovery on behalf of those who have suffered from police and governmental misconduct. Most police work and other government conduct is lawful and appropriate. Some is not. Paul has successfully prosecuted numerous civil rights recoveries on behalf of those who have suffered from abuses of police and governmental power. As part of his commitment to the practice of civil rights law, Paul has served as the Chair of the Cincinnati Bar Associations’ Civil Rights Committee.

Paul is licensed to practice in all Ohio courts as well as the United States District Court for the Southern District of Ohio and the Sixth Circuit Court of Appeals. He is a member of both the Ohio and the National Associations of Criminal Defense Attorneys. 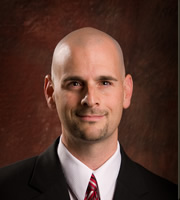 Greg has represented clients treated unlawfully, harmed, or prosecuted for more than twenty years.  He is a skilled advocate and a trusted counselor who has secured millions in compensation, restoration of employment, entitlement to benefits, and reversals of sentences and convictions for his clients.  Greg represents clients in federal district court, as well as in Ohio’s courts and administrative agencies.  Greg routinely practices before the Sixth Circuit Court of Appeals and has been one of the Court’s panel attorneys since 2003.